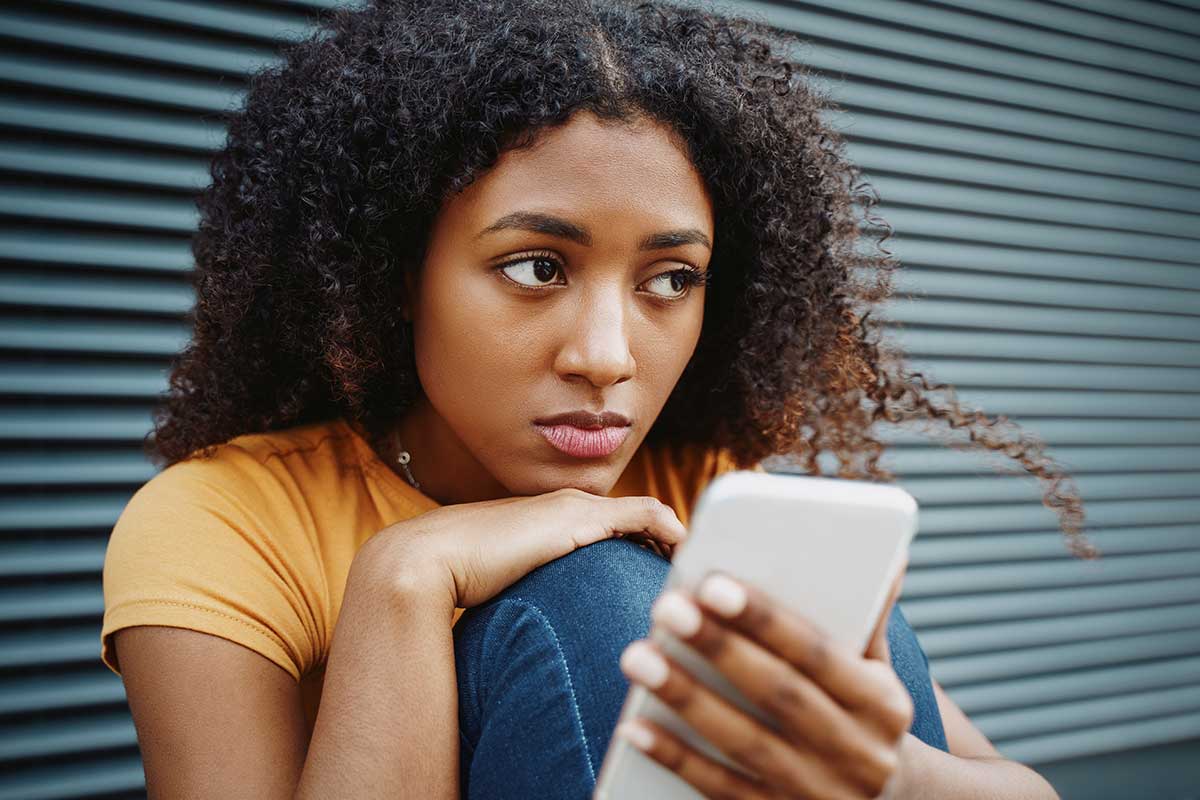 When the cryptocurrency Bitcoin–and its promise of complete anonymity–first came on the scene, it was embraced by the dark web, that corner of the internet where users have access to illicit activities ranging from selling stolen data, buying drugs, and accessing child pornography.

That promise of anonymity, however, isn’t exactly how blockchain technology works. What blockchain-based currencies really offer is a counterintuitive truth: every transaction committed on the blockchain is permanent, immutable, and public.

It’s these public and permanent qualities that have allowed authorities to track down child pornographers based on their blockchain-based cryptocurrency transactions on the dark web, enabling US authorities to take down the dark web’s largest child sexual assault website and arrest hundreds of child abusers.

Blockchain technology is often misunderstood. There’s a large chasm between what the uninformed believe it can do for them (like mistakenly thinking they can buy and sell child pornography on the dark web with complete anonymity) and what it can actually do: create a permanent, public record of transactions that can’t be edited, corrupted, or easily frauded.

There are limitless possibilities for the ways blockchain technology can improve many of the systems, institutions, and processes used today.

One of the areas where blockchain technology shows promise is in the fight against abuse, sexual abuse, violence against women, and human trafficking. Here are a few of the ways innovators are deploying this technology to protect our most vulnerable.

Domestic abuse (also known as intimate partner violence) victims often have a difficult time proving abuse and getting their assailants prosecuted due to a lack of evidence. Now, blockchain-based apps are striving to solve this problem.

Sandy Beky wanted to enable victims of abuse to capture data that could then be turned into legal evidence against those who assaulted them. Her solution is a mobile app called HeHop (short for Help for Hope), a smartphone app that allows victims to record photo, video, and audio files which are encrypted and stored on a blockchain database. Thanks to blockchain technology, the files are tamper-proof and potentially admissible in a court case.

“The idea was really to be able to enable victims to capture data that could then be turned into legal evidence, because the validity, the authenticity, could not be questioned,” said Beky. HeHop is being debuted in France, but the HeHop team is hoping to expand the app to Spain, the United Kingdom, and Switzerland soon.

Learn more about the HeHop app.

In India, where approximately ⅓ of women have been subjected to physical and sexual abuse, another app is utilizing blockchain technology to create an encrypted, safe space for survivors to report sexual violence. Smashboard, ‘your digital ally to smash patriarchy', is an app that allows users to store information such as photos, video and audio files, screenshots, and documents as time-stamped evidence that could prove crucial to a case.

Smashboard users can also obtain medical, legal, or psychological support. In addition, Smashboard connects users with feminist journalists sensitive to their stories and enables them to leave anonymous tips, without having to make the difficult choice to speak up publicly.

Learn more about the Smashboard app.

When images of child pornography get distributed online, they tend to stay online. Many images remain in circulation long after an abuse has occurred. Even if an abuser has been brought to justice, recirculating images can re-victimize the victims for years.

In 2009, Microsoft partnered with Dartmouth College to develop PhotoDNA, a technology that is now used by over 200 organizations around the world to help detect, disrupt, report, and remove child exploitation images online.

Since its inception, PhotoDNA has enabled content providers to remove millions of illegal photographs from the internet; helped convict child sexual predators; and, in some cases, helped law enforcement rescue potential victims before they were physically harmed.

PhotoDNA works by creating a unique digital “fingerprint” of a digital image or video, which is then recorded to a blockchain database. It’s important to note that the image itself is not stored on the blockchain, rather, it is the identifying fingerprint data that is recorded.

When a user tries to upload an image to a cloud-based platform, that image is fingerprinted and compared to the existing known images within the blockchain database. If the image is not in the global database of known exploitation images, it is cleared for upload. If it is a child exploitation image, it is flagged and enforcement agencies can identify the person who uploaded the image of child abuse/ sexual abuse.

Human trafficking is a global issue affecting an estimated 40 million people around the world, including right here in the United States. Human trafficking involves the use of force, fraud, or coercion to obtain some type of labor or commercial sex act.

Cryptocurrencies are increasingly used as the preferred payment method in human trafficking transactions. “Virtual currency’s anonymizing features can attract criminals' use to avoid detection when paying for illicit activities such as human and drug trafficking,” stressed the investigative arm of Congress.

However, the same blockchain technology that allows criminals to conduct peer-to-peer financial transactions or buy and sell humans on the dark web uses a public ledger to store transaction history. Anyone can view blockchain transactions and link them to wallet addresses, including law enforcement agencies. If those wallet addresses are linked to verified registered accounts, then it is possible to connect them to people’s identities in real life.

Tracking the criminals behind “anonymous” wallet addresses is one way blockchain tech can help address the widespread issue of human trafficking. However, there are other ways this technology can be deployed that may even stop it before it happens.

One way this could be accomplished is by using the blockchain to provide virtual identification documents.

According to Respect International, many citizens in developing nations have no documentation or identification, such as in the case of refugees fleeing from conflict zones. Because they can’t be tracked by their governments, these people become easy targets for exploitation. And in the case of modern-day slavery, employers have been known to confiscate documentation from workers to further control them and bond them to the workplace.

“By creating a ‘virtual identity’ on the blockchain, using unique biometric information such as fingerprint and iris scans, the need for paper documentation is removed,” says Respect International.

Additionally, the immutability of the blockchain means that the practice of forging identification in order to illegally transport victims over borders would be made futile. If individuals are able to prove their identities using information on a blockchain that is unchangeable, then the reliance on their physical identity documents is diminished. This means that document confiscation by employers would no longer be a means of control, and it would also reduce the vulnerability of paperless refugees to trafficking. Additionally, blockchain by its very nature is a borderless technology, so access to identification documents could take place anywhere in the world should they be stored on the blockchain and an internet connection is available."

Blockchain technology can also be used to help the “unbanked” and “underbanked” individuals who cannot access a traditional bank account to receive payments and access funds. This can help the economically disadvantaged and vulnerable who might otherwise become prey to someone who seeks to control them financially.

Mandated reporters are the individuals who are required by law to report suspected abuse or neglect. While reporting requirements vary from state to state, it is often those whose jobs bring them into regular contact with vulnerable populations (such as teachers and medical professionals, to name a few) who are tasked to be the eyes and ears for those most at risk.

One of the issues for mandated reporters is a lack of consistency in reporting laws from state to state, including in how the reports are filed. Some are handwritten, some are delivered via fax, and some never make it to their destination at all. A 2014 study showed that less than ⅓ of domestic violence reports filed by CA doctors made it to the police within the mandatory 72-hour reporting period.

In 2018, the independent, nonprofit research institute RTI launched a pilot study with Collaborative Health Solutions (CHS) to implement a blockchain-based solution to digitizing the submission of mandatory reporting submissions.

Financial abuse may not be discussed as often as physical, emotional, or sexual abuse, yet it is just as common. Researchers believe that as many as 99 percent of domestic violence survivors are financially abused.

Not having access to financial assets can pose a huge barrier to leaving an abusive partner, especially one who blocks access to bank accounts and credit cards. Cryptocurrency and blockchain offer a new way for people to transact money, and that could be the solution an abuse victim needs to safely escape their current situation.

“Cryptocurrency and blockchain offer a new way for people to store and transfer money without the need to be connected to the traditional banking system,” says Claire Hunsaker, a chartered financial consultant and the chief executive officer of AskFlossie, an online financial community for women.

“This independence and privacy could be valuable for people experiencing financial abuse, who may not have access to traditional financial accounts or may need immediate access to funds.”

Cryptocurrency funds can be used to make purchases through a debit card available through many crypto exchange services. Crypto ATM machines are also becoming more common across the country (although not all will distribute cash; they are primarily used as a way for you to insert cash to purchase crypto).

Investing in crypto can be subject to volatility and risk, but for many victims of domestic and financial abuse, the risk may be worth it if it means escaping from an abusive situation.

Blockchain Tech: a Tool for a Safer Future

Blockchain technology is usually connected to cryptocurrency and fund trends such as digital collectibles (NFTs), but what most people don’t realize is that the public and permanent recordship afforded by blockchain technology has the potential to completely change many aspects of our daily lives. And, as these innovators have clearly shown, it can also be used to stop some of the most heinous crimes against humanity, from child exploitation to abuse and human trafficking.

This blog was originally published at GROWDnD.com